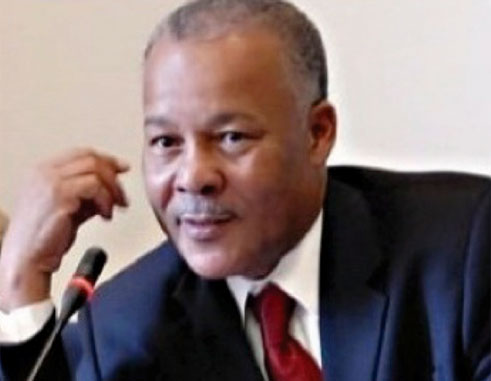 THERE is no doubt about the passion of Owen Arthur, one of the Caribbean’s foremost economists and thinkers, for the economic integration of the region.

As the Prime Minister of Barbados and the member of the Bureau of Heads of Government of the Caribbean Community (CARICOM) responsible for the Caribbean Single Market and Economy (CSME) for 13 years, Arthur worked tirelessly.

Regardless of which side of the divide anyone stands, it would be churlish not to admit the contribution that he made to understanding the imperatives of regional integration and the robust intellectual arguments that underpin it.

Therefore, it is stimulating that he returned to the fray at the Institute of International Relations at the St Augustine Campus of the University of the West Indies on January 19 with a robust, hard-hitting analysis of the present conditions in which CARICOM finds itself. He said it is “beyond dispute” that these conditions are “more dire” than in 1989 “in every respect”.

1989 is the year in which the then Prime Minister of Trinidad and Tobago, A N R Robinson, had written to Heads of Government in great alarm and concern to say that unless something was done to address the situation, “the Caribbean could be in danger of becoming a backwater, separated from the main current of human advance in the twenty first century”.

What arose from A N R Robinson’s urgings was the West Indian Commission, chaired by Sir Shridath Ramphal and including economists of the high calibre of Sir Alister Mcintyre, to produce a peoples-based blueprint for the future of CARICOM. One of the Commission’s strong recommendations was deeper integration and the creation of the CSME.

Arthur did not mince his words in the analysis of where CARICOM countries are today. “The stage has been reached”, he said “where the sheer magnitude of the economic problems that require immediate and far reaching response raise disturbing doubts about the capacity of CARICOM countries to function as viable economies”. Only those with their heads in the sand would doubt him.

The majority of CARICOM countries are lumbered with high debt-to-GDP ratios; extreme difficulty raising anything but expensive and onerous loans on the international capital market; poor terms of trade; budget and balance of trade deficits; high costs of food imports; and a lack of capacity to defend themselves from drug traffickers.

Arthur makes two other points that are not new. Other commentators have identified them before. But the fact that he has now made them adds gravitas and urgency. He says: “In many instances, there are no apparent or articulated domestic solutions that can suffice. Compounding this is the fact that there are no regional mechanisms that countries can look at, in this time of grave crisis, to provide effective solutions to economic problems which require immediate and far reaching responses”.

In a devastating portrayal of the integration movement, he slams it as “functioning virtually as the fifth wheel to a coach”, and concludes that “it exists, but it is of very little practical value”.

In truth, ever since the CARICOM Heads of Government made a decision to put the movement towards the CSME on “pause”, nothing much has happened to strengthen or utilize regional machinery to address the problems that individual governments cannot handle alone in any effective way. If anything, the institutions of the regional movement have been weakened as nationalist solutions alone are trumpeted even in the face of inadequacy.

To be sure, not all CARICOM Heads of Government agreed with this development. Some of them, such as St Vincent’s Ralph Gonsalves, made their disagreement known publicly but parochialism won the day.

Arthur gave some telling examples of the debilitating conditions that now confront CARICOM. They are worth recounting here: • the Caribbean’s share of the world’s exports have declined from 0.5% in 1980 to 0.2%.
• the region’s integration into the global economy has been much slower than countries which have not enjoyed preferential access to some of the main markets of the world.
• over the past five years many Caribbean countries have lost market share in their principal service export sectors.
• concerning the ease of doing business, the region figures poorly on virtually all indices and none registers in the top 50 countries globally.

A further telling statistic is the Caribbean’s own self-dislike. In 2008 alone, 18,000 work permits were issued by Caribbean countries, of which over 85% were issued to persons who were not nationals of the region. Arthur reveals that “the brutal truth is that the Caribbean economy in any given year grants ten times more work permits to foreigners, than it grants skill certificates to its own nationals”. Yet, the aspect of the CSME to which some politicians and other vested interests have objected most is freedom of movement that is integral to the success of all. Arthur points out that “there is no evidence to show that the movement of persons outside the categories provided for in the Revised Treaty has had any negative on the functioning of the societies as alleged”.

He takes time to explain that “the creation of a Single Market was to take the form of removal of all of the constraints on the movement within the region of goods, services, labour, capital and the creation of enterprises over centuries”. It was never meant, as its detractors claimed, to replace local autonomy with a regional supranational authority that would set policy which always would have remained with governments operating collectively. Arthur did not say that the time has come for majority decisions of Heads of Government to be implemented even in the face of objections by one or two governments. But for too long the progress of the region as a whole has been held to ransom by the narrow interests of a small number.

He did admit that “it was a strategic mistake not to develop the Regional Negotiating Machinery (RNM) into a Supranational Authority, working with a Prime Ministerial Group to manage CARICOM’s trade relations and negotiations”. The RNM, renamed the Office of Trade Negotiations, is now a shadow of its former self. Yet, as Arthur convincingly emphasizes, “it is inconceivable that Caribbean economies will ever effectively succeed in developing their export capabilities if they remain unwilling to join the rest of the world in entering new trade pacts that are compatible with international trade law”. As it is, the CARICOM has the lowest participation with other regional trade groupings, accounting for only 2%. To make connections in a beneficial way CARICOM countries need a single, well-resourced supranational trade negotiating authority.

Arthur’s presentation should be read by all – decision-makers and the general Caribbean public in whose name decisions are made. It displays the thinking of an intellectual, once at the full face of the Caribbean development furnace, who has had the time to think deeply on the serious challenges now confronting CARICOM countries.