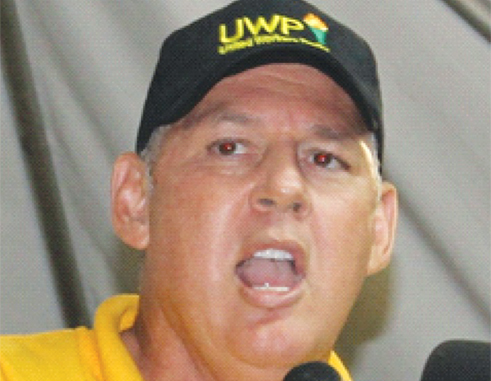 THE EDITOR:
The latest propaganda from a discredited politician and recycled by Winston Springer on behalf of the St. Lucia Labour Party is yet another nail in the coffin of the present administration.

The Chastanet family pride themselves of continuously promoting St. Lucia and by extension creating as much employment as possible so why on earth would they even consider hurting the employees of the nation.

Kenny Anthony lost the 2006 general elections to Sir John and he should accept the fact that Sir John’s tract record dealt the fatal blow and not Sandals. Further, it was his stubbornness in pursuing a premature labour code which gave Sir John another opening to highlight Kenny’s drawbacks. It is always easy to blame others for one’s downfall but Kenny should realise that his victory in 2011 was assisted by Richard Frederick’s alleged running afoul with the law.

How could the SLP consider aligning itself with one like Richard Frederick when Kenny Anthony clearly articulated to the nation that Frederick’s ascension into parliament in 2006 was frightening, further leading to an altercation where both gentlemen accused each other of knowing certain things about each other.

There is an old adage that birds of a feather flock together and on that score, we pose the question: why is lip service being paid between those individuals? This speaks volumes. It was the said Richard Frederick who first uncovered the Gyrnberg affair and engaged legal counsel on behalf of the State to look into the hidden and unlawful behaviour in respect to 10 years of hidden correspondence over 90,000 acres of St. Lucia’s sea bed. Similarly, the PM has refused to debate the fictitious CIF fuel cost which has prompted public protest.