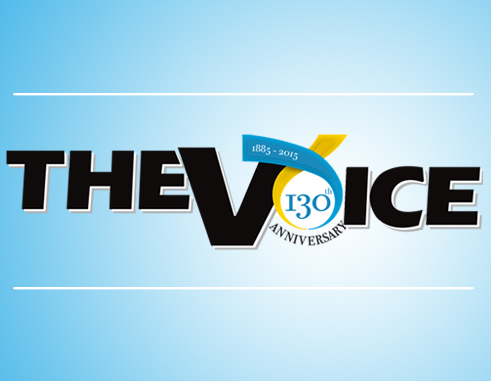 It was on this day in the year 1885 that the first copy of this newspaper rolled off the press. It must have been a tedious undertaking considering the technology, or lack of it, that was available in those early days.

Interestingly it was an Irishman, Robert George McHugh with a self-confessed deep love for this country who was the first proprietor and editor of THE VOICE OF ST. LUCIA. The paper remained in his family for 30 years before a St. Lucian George S.E. Gordon acquired it.

Although the paper moved into other hands and sought various alliances with overseas publishing houses as the years rolled by THE VOICE reverted to local ownership in 1976, and remains in the Gordon family through the brothers Lyndell and Michael Gordon.

Among businesses currently operating in St Lucia the longevity of THE VOICE is surpassed only by M&C Limited which celebrated its 150th. anniversary last year. The two businesses have established the legacy of operating in three millennia and of both rising from a string of disasters including the famous Castries fires of 1927 and 1948. On both occasions, great sections of the capital were reduced to ashes, and THE VOICE, like M&C, was rebuilt.

To celebrate the great occasion, we have redesigned our masthead to reflect the new milestone and we have added in the national colours of St. Lucia to reflect our role as “the national newspaper”. We hope to keep this new design for the full 12 months of our 130th. year.

This year, we find ourselves in truly esteemed company at the time when the country is celebrating the centenary of the birth and achievements of William Arthur Lewis and the 85th. birthday of Derek Walcott, our two Nobel Laureates. As the senior member of this trio of achievers, we have the unique honour of having been around to chronicle their lives and successes for posterity, over the past several decades.

Next Saturday, THE VOICE will publish a special issue commemorating its 130th anniversary. Look out for it.