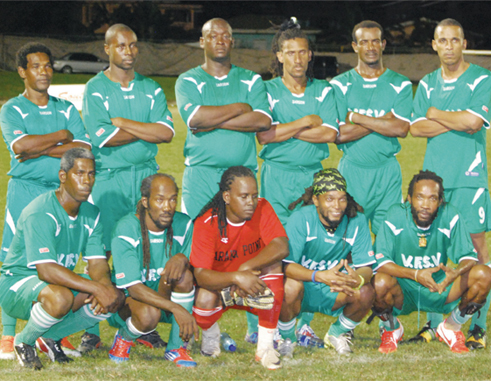 THREE of the four scheduled matches in the Veterans Football Tournament were played at the weekend at the Marchand Grounds.

On Saturday Vieux Fort South booked their place into the next stage of the tournament with their second win in as many matches when they drubbed Mabouya Valley 6 – 0. They won the first encounter 2 – 0 againstGros Islet.

In the other match played Saturday evening, Laborie Veterans had a 3 -1 win over Nyabinghi.

The second match of the evening saw defending champions VSADC complete a comfortable 2 – 0 win over Micoud to book their place in the next stage of the tournament, their second win in as many matches.

Action in the tournament continues this coming weekend with another set of matches scheduled for the Marchand Grounds.