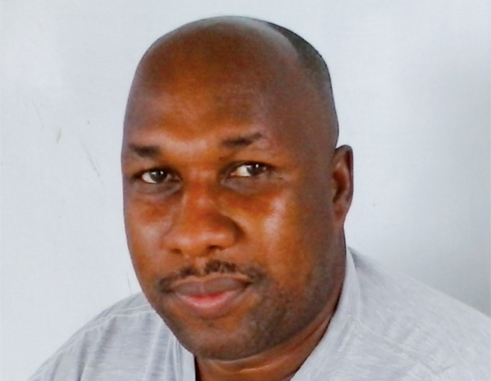 JONAH Julien is a Saint Lucian residing in St. Thomas, and like several of his compatriots believes in investing in his future by establishing some sort of business venture at home.

He constructed a house in Dennery for the purpose of renting as a source of income for himself. In his search for windows for the house he was directed to Dragon Q Inc., a company with headquarters in Dominica but with a branch in Massade, Gros Islet.

The company advertises its windows and doors as being the top choice for many people for over 20 years. Its brochures claim that thanks to modern science and years of research, the development of uPVC profiles has become the most sophisticated substances available for windows and doors. According to the brochures Dragon uPVC windows are “tough, durable, offer design flexibility, cost effective and require little maintenance.”

Said Julien:“After searching around for windows for my house I was told about Dragon Q Inc., and based on what I read and was told about them, I decided to go ahead with them and purchase windows from them.”

In February 2012 Julien paid Dragon Q Inc. a 50 percent deposit on the $23,000 order he had placed with the company One year later the hinges on the windows of his house were all rusted and needed changing. Rust was also visible on several of the windows.

Dragon Q Inc., for its part came to the house in January 2013 and changed the hinges but according to Julien by the end of 2013, the hinges were all rusty again and even more rust was on the windows.

“We are in December 2014 and the windows which were supposed to be durable, tough and long lasting cannot open anymore. The hinges are all rusted again and there is rust on the windows edges,” Julien said.

So Julien wants his money back, all of it from Dragon Q Inc., but this is easier said than done.

Last month he resorted to writing the company through an attorney. That letter is now in the hands of the company’s bosses in Dominica. The company has yet to respond to the letter. Julien says that he is now in limbo since he has no idea what he should do. He is awaiting a response from the company to determine his next move.

Robert Han, who is in charge of Dragon Q Inc. operations in Saint Lucia told the VOICE that the second set of hinges will be replaced.

According to Hans the delay in doing so had nothing to do with operations from his end. Replacement of the hinges and the windows, he said, has to do with the factory in Dominica. He is waiting for a response from Dominica as to his next move.

“We received the lawyer’s letter from Julien, however he never contacted us. He never called me or spoke to me about the windows,” Han said.

Julien for his part says that the company keeps telling him that they will come and change the windows, however, to this day they have not done so despite calling them over and over.

“How long will I wait? My house has been unoccupied for over a year, how long must I wait,” he said.

The house is close to the sea in Dennery and is in the path of sea blast. The letter to the company from Julien’s attorney stated, among other things, that “it was agreed that you (Dragon Q Inc.) would supply our client (Julien) with windows that would not rust and would withstand sea blast…..it was believed upon representations made by you that your windows had a life span in excess of 20 years.”