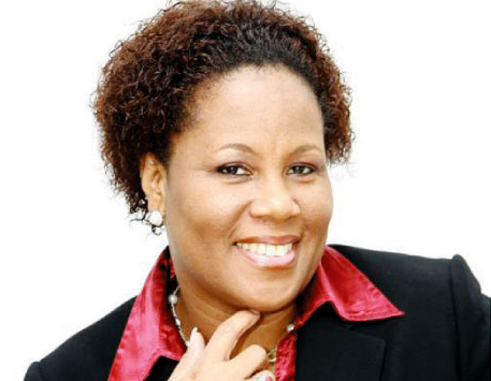 LIME’s CEO (Southern Cluster), Geraldine Pitt, says that despite the many concerns being raised about the recent merger between Cable and Wireless Communications (CWC) and Columbus International Inc. (Columbus), customers stand to benefit overall from a more consolidated and improved service following the approval and closing of their merger.

Pitt gave the company’s assurance yesterday during a press conference held at LIME’s head office at Corinth. Referring to the acquisition of Columbus as “a bold move” that translates to “very exciting news” for LIME, Pitt said both companies come with their inherent strengths.

“The two companies are in their own right very good companies serving the Caribbean, and certainly Saint Lucia, very well,” Pitt told reporters. “Together, I think, we bring together the strengths in the telecommunications industry that we can only leverage moving forward to be able to better serve our customers.”

Pitt said that at the heart of the merger is satisfying the needs of customers more quickly. She said that while acquisition of Columbus was a method of choice to provide a greater level of service to customers, it ultimately rests with customers as to whether the move was sound.

Pitt stated that the company continues to host customer-focused sessions to determine what customers’ needs and concerns are. She added that while LIME intends on being a customer-centric company, the necessary work, time and commitment to doing so will remain top priority. This includes crafting a Customer Charter which is set to be unveiled shortly.

Pitt said her company intends to embark on a very extensive broadband penetration drive, citing data as the future of the business. To that end, US$400 million will be invested in broadband expansion. Not just mobile data, she said, but fixed data, too. She indicated that since businesses depend on such a service and businesses and governments stress the need for greater ICT development – especially e-government and e-commerce, LIME will play its part in delivering.

“How you serve your customer now has become a lot more data-centric way of doing business and we want to be leaders in that field. So the merger allows us to do that and do that very quickly. So we will be looking seriously at broadband access and making sure that we can provide affordable service to our customers,” Pitt said.

Despite being accused by many as reverting to the days when Cable and Wireless operated a virtual monopoly here, Pitt said LIME will focus on giving customers the choice and freedom to choose their service providers. She said no-contract service, supporting net neutrality that allows over-the-top businesses to thrive, and local number portability are just some of the perks for customers.
Stigma or not, she said, the company will part with the unsavoury aspect of its past.

“We are going to do this differently moving forward. We are not going to be burdened by the past. We are in fact going to be operating as a different company in the way we do things,” Pitt stated.

As to whether a name change will emerge from the new acquisition that company shareholders ratified just last week, Pitt said no decision has been made thus far. However, she did indicate that that is likely to happen.

So how does LIME expect to do it? Can the company that once dominated the region be the new telecommunications comeback competitor to be reckoned with? Pitt thinks it can. She said it all comes down to capitalizing on the brand and listening to and giving the customers what they want.

“We clearly understand that we need to change the customers’ perception of who we are as brand. We understand that. So every move that we make from now will be based on our customer surveys that we’ve been doing…It is clear to us that we cannot do business the way we’ve done it before or else we will face the same objections that customers raised years ago,” Pitt said.