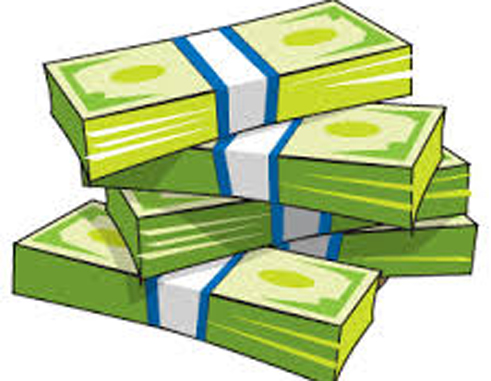 THE signing of a US$250 million investment project deal last month in Antigua and Barbuda certainly gives much credence to the cliché that investment opportunities do exist in the Caribbean. What is amazing, however, is just how dedicated, proactive and strategic some islands are pursuing their developmental aspirations instead of using the last decade’s template for doing tomorrow’s business.

According to a government statement from that twin-island nation, the deal signed between Antigua and Barbuda’s Prime Minister Gaston Browne and Oscar-winning American actor Robert De Niro gives the green light for the renovation and expansion of Barbuda’s K-Club into an exclusive 5-star resort.

While the deal is scheduled to be completed in a few weeks’ time, Browne is already praising it, referring to it as “transforming the island, making it one of the most exciting islands in the region.” Browne is also looking further down the road, noting that De Niro’s star quality will bring much shine for Antigua and Barbuda’s global visibility.

“The project is attracting additional investors to our country,” Browne said at the signing. “That is why I am delighted to appoint you as a Special Economic Envoy of Antigua and Barbuda to attract more investments to our twin-island state. It is my belief that your celebrity status will attract more American celebrities to Antigua and Barbuda and the Caribbean.”

Calling the signing “an historic day” for Antigua and Barbuda, Browne said that once the deal is concluded construction of the project will commence in the next twelve months and provide employment for many of that nation’s citizens.

Since assuming office last June after his Antigua Labour Party (ALP) won 14 of the 17 seats, Browne might well be smiling long after the ink from last month’s signing has dried. After spending 10 years in the opposition benches, it seems that Browne’s party will leave no stone unturned to stick to campaign promises, especially when it comes to attracting foreign direct investment (FDI). Now he has a quarter of a billion reasons (in US dollars) why seizing on opportunities is crucial in today’s competitive global marketplace.

From the moment I read that press release relating to the deal last weekend, I immediately thought of the US$200 million in new investment Saint Lucia plans to attract over the next two years. Held in May under the auspices of Invest Saint Lucia, the Investment Forum was aimed at pitching Saint Lucia as the right place to do business. While the post-forum tone from organizers suggested that the event was “successful” and that “the prospects for actual investment seem very encouraging”, it all comes down to how easy it is to do business and whether return on investment is possible given the economic variables available.

“We believe that there is every reason to be buoyant about the prospects for investment in Saint Lucia,” Invest Saint Lucia’s Chief Executive Officer, McHale Andrew, said at a May 8 press conference. “It is a difficult economic environment and investors ultimately will invest in projects, activities and sectors that they believe can provide them a fair return on investment. And that is what ultimately will determine their investment.”

A few weeks before the Investment Forum was launched, the agricultural, manufacturing and infrastructure sectors were identified as those in which special emphasis would be placed. Government even passed key legislation last April aimed at making it easier and more competitive to do business in Saint Lucia. moreover, as a means of broadening the scope of incentives offered to investors to make Saint Lucia more attractive as an investment destination, Governor-General, Dame Pearlette Louisy, said in her Throne Speech last May that options open to government include examining granting of Saint Lucian citizenship as part of investment packages. A committee was set up to do just that but….

Just last month, the St. Lucia Chamber of Commerce, Industry & Agriculture’s re-elected president, Gordon Charles, unleashed another serving of criticism on the current administration for not adopting the Chamber’s proposed 10-point plan aimed at addressing the issues “impacting negatively on the ease of doing business and impeding our ranking improvement.” Speaking at the Chamber’s AGM, Charles said Saint Lucia’s ranking in the recent World Bank’s Ease of Doing Business Report was “a very humiliating experience”, adding that only one aspect of the 10-point plan was acted on by government. He blames a virtual inertia on the government’s part for the island’s current economic picture.

“It is no wonder that we are one of the very few economies in the Caribbean that continues to register economic decline,” Charles said last month.

Despite the uncertainties and hardships that exist everywhere in the world, governments are being forced more than ever to think far outside the proverbial box as possible. Here in Saint Lucia, we have many committees and sub-committees, commissions and councils, boards and agencies, consultants and advisers and a host of other mechanisms that should be working in our interest. When the poor level of foreign direct investment that Saint Lucia is realized – like Gordon Charles – we must begin to question whether the system is really working in our favour. We are definitely missing out on the big money. Maybe somebody has or continues to muddy the local image on the international market.

Of course, we must be thankful that our sister of the soil, Chef Nina Compton, is playing a crucial part in marketing our tourism product. This year, Saint Lucia’s tourism sector is expected to realize a 7% performance growth over last year. Some measure of that success must be attributed to her trying to get visitors to come here and spend some quality time and money. That notwithstanding, the marketers we employ need to stir up their creative juices to attract the other international celebrities whose name brands can influence visitors and investors to come to our shores. There is so much potential in the tourism and other sectors that we are not tapping into – not only by choice but by just being lazy.

Finally, while I would appreciate any of our OECS or Caribbean territories getting their thick slice of the prosperity pie, I would be foolish not to acknowledge that opportunities that exist for them do not cater for us. After all, since we are all one economic space — compliments a few treaties – I have a strong feeling that many of my regional sisters and brothers will be booking their next flight to Antigua and Barbuda looking for work. However, it must not always come down to that. We need to emulate what works for sister islands and adopt or adapt their approaches to suit our situation. If you asked me, Saint Lucia could well do with the kind of dinero that Robert De Niro just committed to Antigua and Barbuda. We need to capitalize bigger on all those tourism accolades we keep racking up by attracting bigger capital investment.