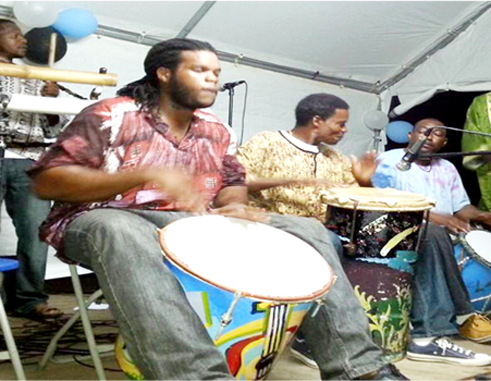 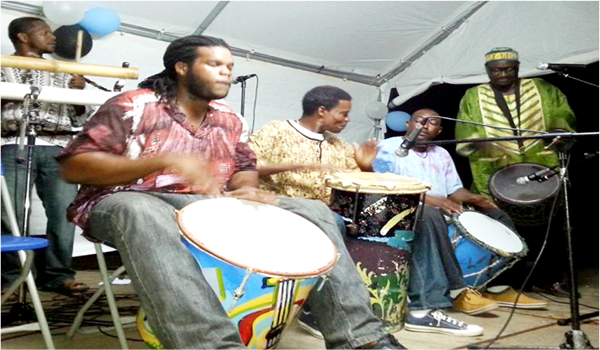 THE Parliamentary Representative for Vieux-Fort North Moses Jn. Baptiste says he is pleased that another cultural event has been established in the rural constituency which he represents.

Jn. Baptiste said it had been a dream of his and other drummers ,to place a national drumming event on St. Lucia’s calendar of cultural activities since the days of his involvement in theatre and drumming from the late 1970’s.

A workshop for drummers and people interested in drumming was held during the week leading up to the main event. Master drummer and artiste Niger Nestor and his team, facilitated the workshop and discussion. It was a participatory exercise, designed for people who are interested in the art of drumming, students and all who love music.

Nestor is a drummer and artist who has won many awards for his music and paintings; he has also received training in drumming in various regions of the world including Africa, Latin America and the Caribbean. Niger has been part of many drumming groups such as LapoKabwit, Desagweab and others.

The Ministry of Creative Industries through its performance programme provided support to this pioneering event. Jn. Baptiste intends to help create a Cultural Brand for Vieux- Fort North which includes the cassava making tradition of Vigier, the East Indian traditions of Belle Vue and Pierrot, and the singing and food production traditions of Grace. Such activities he says help communities to stay united and create opportunities for economic activity.

The Belle Vue Drumming Festival which will be held every year on December 13 hopes to see French and other Caribbean drummers in 2015..