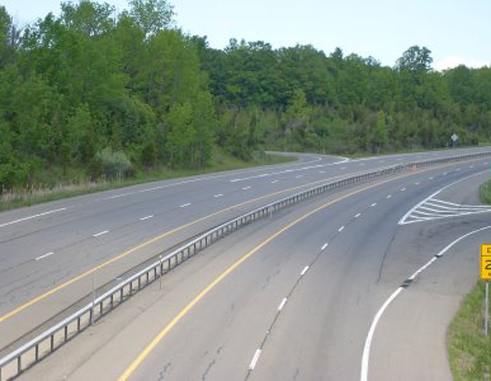 THIS month is the anniversary of the completion of the Grand Castries Transportation Study; it will be 21 years since its completion in December 1993. One would therefore strongly suggest to the Ministries of Infrastructure and Economic Development that they revisit the document, to see how the transportation model which projected traffic flow into 2013 performed and to consider the transportation strategies that were proposed.

The Grand Castries Transportation Study was initiated during my stint as Chief Engineer and remains the most comprehensive study done on our transportation system. The Report contained twenty seven (27) transportation options and strategies on the Gros Islet to Castries Corridor, Access to the south west of Castries, city centre traffic and parking, city centre land use proposals and suburban integration of the eastern communities.

It is clear to me that there is a disconnect with the present thinking on transportation strategies and the conclusions of the Grand Castries Transportation Study. Looking back, I believe the very long involvement of the then Sir William Halcrow and Partners Ltd in St Lucia’s infrastructure development, was key to their development of sensible and economic solutions to transportation issues. Very often consultants come in and present lofty ideas which cannot be supported by economic analysis. No small island state can be building tunnels for a few hundred cars to travel in a day; every proposal must be subjected to a thorough economic analysis.

I therefore wish to revisit the thinking on the Gros Islet to Castries corridor as was generated 21 years ago. The Castries – Gros Islet Highway is fulfilling two incompatible roles; it is functioning as a primary distributor road taking traffic from the northern area of St Lucia to the Castries centre. However, it is also functioning as a service road, servicing roadside businesses and major and minor junctions. The key to improving the flow on the highway is thus to first look at ways to reduce its function as a service road at the most critical point.

The Transportation Study considered Choc to Union as the most critical point and thus the development of a service road which would run from the Vigie intersection to the back of Rendezvous Hotel to the back of Peter and Company and travel right up to the Castries Comprehensive School. This would thus service all the business and residents from this back road and remove all ‘side friction’ from turning traffic. The upgrading to a dual carriageway from Vigie to Choc and improvement of the Vigie Roundabout were also proposed, both have been implemented.

The Transportation Study however did not recommend further expansion of the highway from Choc. The thinking was that the ability to create that separation of the highway being a distributor and service road could not be carried further along the route as there were many roadside businesses and side roads. The other constraint that was observed was that all traffic must pass through the city centre and this proved a major limitation of the effect of significant improvement on the upper sections of the highway.

With the above constraints on the section from Choc to Gros Islet, the Transportation Study proposed to develop a north -south relief road. This option called for the construction of a new north- south highway between Moulin a Vent just south of Bonne Terre via Corinth into Grand Riviere, Union, Balata, Guesneau, Trois Piton and the East Coast Road. The idea was to create an improvement of our ‘back road’ journey when there is a traffic jam on the Gros Islet Highway.

I am of the firm opinion that this is where we should be concentrating our efforts. The present emphasis has been on the development of a dual carriageway along the Gros Islet Highway. If we go from first principles then we need to agree on the size of lanes, width of the median and the width of the shoulders on acceptable international standards. The following are these acceptable international standards:

Before we build bridges to accommodate a four lane highway, we need to consider the cost of acquisition of the land to build this road. Jesus Christ himself presented sound economic advice to leaders when he said in Luke 14: 28 – ‘Suppose one of you wants to build a tower. Won’t you first sit down and estimate the cost to see if you have enough money to complete it?’

So we need as a country, to sit down and see if we have enough money to complete a four lane highway. If we have decided that we have enough money to complete it then we have to ask what the net return is. These are the hard decisions you have to take as a small island state. It is okay to have lofty dreams and fancy ideas, but these have to be all placed in the crucible of a constrained economic space. Building tunnels under the Barre d” Isle is a nice lofty idea until you are told the cost of construction and the cost of maintenance.

My 2015 wish is that the Government of St Lucia would seriously look at the transportation strategy developed by the Grand Castries Transportation Study which provides for the creation of three new link roads: Moulin A Vent (south of Bonne Terre) to Corinth, Balata to Guesneau and Four Roads Junction to Trois Piton. These roads will all link to the existing network which will be improved. This is a very feasible option and will have a significant impact on our transportation infrastructure.

I may be wrong, but let the full analysis be done on the four lane highway before we proceed.