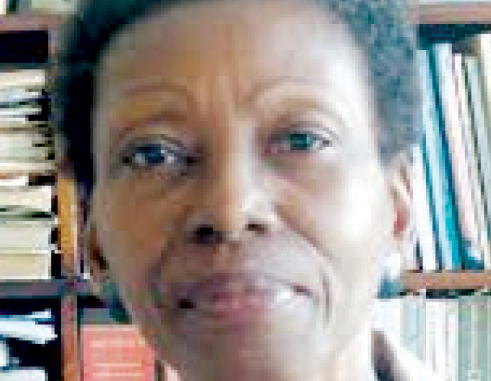 HUMAN Rights activist attorney Mary Francis has become one of the latest members of Greater Caribbean for Life (GCL), an organization dedicated to campaigning against the death penalty in the region, according to its recent newsletter.

In October 2014 the Greater Caribbean for Life celebrated its first year of existence amidst a busy programme including a productive Speaking Tour in six Caribbean countries, including St Lucia, and campaign activities by members in the region, as well as lobbying efforts and collaboration with other organisations.

The collective efforts of all GCL members are instrumental in keeping the organisation alive and active. Our success in securing external funding has also greatly facilitated GCL’s activities, particularly the Speaking Tour. Changing hearts and minds will not take place overnight. We are in this for the long haul and raising awareness of our work is critical if we are to maintain a strong presence in the region/world.

GCL announced that it was pleased to welcome new members in its ranks, including Ms. Francis of St Lucia, Brian Clarke of Barbados and the UNESCO Chair of Education for Peace at the University of Puerto Rico. The membership of our organization currently includes members from 14 Caribbean countries.

GCL’s efforts to commemorate the World Day Against the Death Penalty across the Greater Caribbean Region culminated with the organisation of a speaking tour in Antigua, Jamaica, St Lucia, Grenada, Barbados and The Bahamas, between October 3 and November 8.

On October 10, the GCL team headed by LeelaRamdeen, arrived in St Lucia and collaborated with the British High Commission and the Alliance Française who put together a busy programme for World Day Against the Death Penalty. Ramdeen was interviewed, together with journalist and film director, Alex Hannaford, by NBC TV. The interview was aired on the evening news.

About a hundred persons attended the public event that was organised at the Alliance Française, and featured the screening of several films on the Death Penalty followed by a panel discussion. The films shown included an interview with former Minister of Justice of France and abolition advocate Robert Badinter; video testimonies from Hope Victim Support Group, by GCL member Gwenolyn Ruth Greaves; Untold stories – Am I my Brother’s Keeper? By Dale Elliot (St Lucia); and the Caribbean premiere of The Last 40 miles.

Panellists included Alex Hannaford, journalist, author and director of The Last 40 Miles, LeelaRamdeen, Chair of GCL, several St Lucian attorneys-at-law and journalists, as well as a psychotherapist. The discussion focused, among other issues, on the issue of “due process of law”. One proponent of the death penalty felt that capital punishment was acceptable once “due process of law” was followed. Other panellists outlined the limitations of the criminal justice system in countries in the region and further afield. Ramdeen highlighted the case of Stephen Mongroo, shown in the third documentary, as a clear example of a case where poor legal representation and other deficiencies in the system hindered “due process.”

In August, GCL sent letters to all of the 25 governments in the region to introduce the organisation, its objectives and its activities. Letters were sent to the Heads of Government, with copies to the Ministers of Foreign Affairs, interior and Justice/Legal Affairs. Several replies were received, mainly from abolitionist countries .

GCL said it will continue partnering with the US based organisation, The Advocates for Human Rights, to prepare submissions on the issue of the death penalty for the Universal Periodic Review on Caribbean countries. St. Lucia and St. Kitts and Nevis are on the Human Rights Council’s agenda for February 2015, followed by Antigua and Barbuda, St. Vincent and the Grenadines, and Trinidad and Tobago in September 2015.

The number of countries supporting such resolution has been increasing steadily, since the first vote in 2007, and while the resolution is non-binding, this overwhelming support sends a clear message to retentionist States, GCL said. It noted that the Caribbean region was still lagging behind on this matter with 12 Caribbean votes against the resolution, representing over 30% of the “no” votes. A “significant positive change” this year for the region was Suriname’s vote that changed from an abstention to a “yes”, as the country is in the process of abolishing capital punishment.

GCL said it condemns the death penalty not only for its inhumanity but for its potential cruelty. It noted that the method of execution which had been most common in the British Commonwealth was hanging, adding: “This method was extensively but exclusively used against slaves. It has survived not only in the post-abolition period but in the post-colonial period. Hanging is legally prescribed as the method of execution in the Commonwealth Caribbean”.