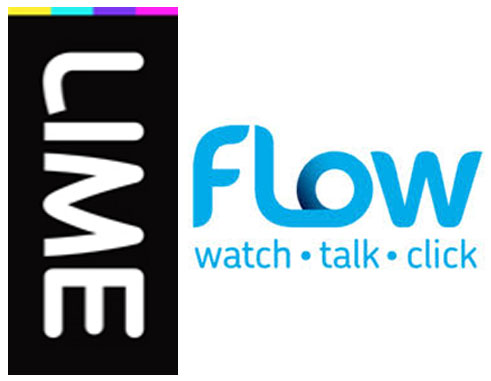 THE recent acquisition of Columbus Communications by Cable and Wireless will ensure a place in history for Caribbean people, Columbus said yesterday.

“Consider then a world without telecommunications or worst yet, telecommunications providers with limited capacity. It can put economies on crutches, small business on life support and make the process of communicating as painful as pulling teeth without anaesthetics. Platforms change and emerge, and consumers must decide – demand even – of providers; faster, easier ways to manoeuvre, and connect with each other on a network that can handle capacity and will take people into the modern era. In 2014 and for the foreseeable future that platform will be known as convergence”.

Columbus noted that in the developed world, the second largest telecoms provider Vodafone offers mobile, internet, broadband and cable – quad play, in Europe. In the US, AT&T and Verizon ranked in the top 25 telecoms companies, offer quad play.

“Convergence on the merged platform now offers quad play – voice, data, internet and cable to subscribers, taking the Caribbean people in the telecoms world to developed status. Certainly the global development indices such as the World Bank, International Telecommunications Union, ITU, ICT Development Index, IDI, and other major benchmarks will positively reflect the move in the coming months. Take for example, that conservative estimates calculate that ICT contributed as much as 90% of the economic growth within a selection of OECD countries in the 1990s. Indeed, the people of the Caribbean stand to make significant gains with the offering of quad play.

“In Jamaica, the people would say ‘Big tings a gwan or yu step up ina life’. Indeed the benefits are massive particularly for the present and future generations. ITU has confirmed that more than 40% of the world’s population is online; broadband is now getting faster and more affordable and a growing number of the world’s population is known as ‘digital natives’ – they only know a world with digital and converged offerings. So quad play will be the new norm for our people.

“Let’s not lose sight either of the immediate benefits of a merger such as this; there is now a larger built infrastructure, extensive network advantages, it brings greater brand value and a wider range of outlay of products and services. These services are truly responsive to the telecoms needs of the Caribbean and will provide the basis for developed world status for the Caribbean as a whole.

“Finally, as the Caribbean looks to compete at the global level, the acquisition should be applauded. It makes the consumer the CEO! Far from fear mongering tactics of and talk of monopolization, global trends have shown that tariff barriers have been removed, deregulation has taken place and the consumer rules. In telecoms across the world there is no clear global monopoly, not with changing technology, capital that can be accessed for investment in infrastructure and the changing needs of consumers. Large or small companies will thrive and survive based on its offerings and its ability to meet the needs of the consumer. In the end, the consumer has the final say whether a telecoms company survives and thrives based on its offerings. The benefits of taking the consumer into developed world status in the Caribbean makes this deal a big win and will truly merge the lives of the Caribbean people on a global scale.”