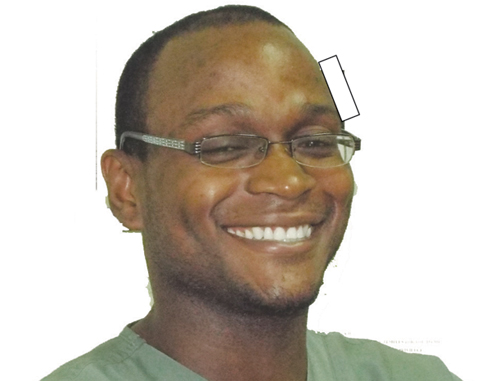 IT is safe to say that at Christmas time, the goose is not the only thing getting fat. With many sure to over indulge by binge eating and drinking during the festivities, one good doctor has dished out some important advice to guide the masses through the endless supplies of food and drink. And to those who will most certainly ignore the warnings, he also gave some excellent recovery ideas.

General Practitioner, Dr. Andre Matthew told The VOICE that this is definitely the season where people eat and drink all what they shouldn’t including excessive fats, sugars, salts and alcohol.

The licensed GP said although alcohol consumption during the festivities can be done, one must try one’s best to avoid bingeing.

In terms of over eating, Dr. Matthew said there are a few tricks – get your fill but in a healthy way. He said whilst the temptation of wide varieties of food will be inevitable a plate which is half filled with vegetables is highly beneficial.

He said, “Vegetables are low in calories and because they are high in fibre they tend to make digestion slower. Also, the fibre in the vegetables help to keep your cholesterol and blood sugar levels down so even though you might be eating more cake and more unhealthy stuff than usual, it will help keep you safe if you have enough vegetables in every meal that you take.”

Dr. Matthew acknowledged that there were many who would strongly oppose or simply ignore the idea of trading their Christmas food for vegetables. To those individuals he said, “If you’re not interested in the vegetables I would say, there’s a lot to choose from…take a spoonful of each food that you like especially the desserts. Do small amounts because you don’t need to stuff your stomach to end up enjoying your food, just small amounts should do.”

The dangers he said with over-eating include spikes in one’s blood pressure from salty foods including hams. Along with that an even more dangerous practice is common where people with non-communicable and chronic diseases like diabetes and hypertension take a break from taking their medication in order to indulge in foods and drinks that are dangerous to them.

“If you’re non-compliant and you’re not taking the medication that you’re supposed to be taking to keep your blood pressure and blood sugar down and you’re also doing things which could increase them then you end up in January with very high levels of blood sugars and blood pressures which are very dangerous.”

Dr. Matthew said even with all this knowledge, there were many who would still ignore helpful advice so to those, he offered some tips for the rough road to next day recovery.

Particularly for the recovery after alcohol consumption, the good doctor said: “If you drank a lot of alcohol, most likely you would have gotten dehydrated. The first thing is to drink lots of water but in St. Lucia I would prefer the use of a lot of coconut water. Coconut water is wonderful for hydration so you wake up in the morning, get yourself a couple of coconuts.”

The other problem is overeating which results in a number of problems like gas, gastritis and indigestion. For this he said; “There’s an over the counter product called Zantac. This is very useful for treating gastritis”

Dr. Matthew had one final tip for avoiding the Christmas bulge, dance it away. “In our culture, most people go to Christmas parties and they sit down and chat for the whole night…people don’t dance anymore. I would suggest that adults get back in the habit of dancing. So you’ve filled your belly but dance. Dancing is a great exercise.”

Dr. Matthew extended his wishes to the masses to be merry and use this season “as a time to make yourself, your family and your neighbour happy.” He implored all to show love, receive love and leave the trouble for next year