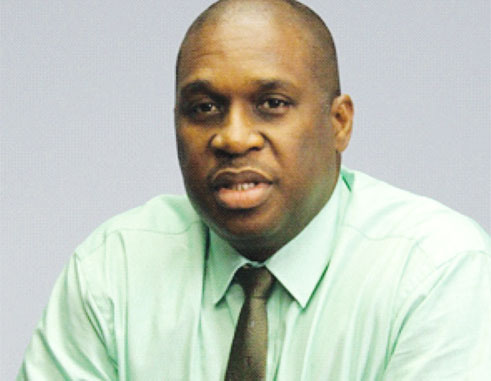 WITH just seven weeks remaining in the year, the Saint Lucia Tourist Board (SLTB) seems confident that the 5% performance increase projected earlier in the year will be eclipsed.

“At the beginning of the year, we gave ourselves the optimistic target of 5% increase in stay-over arrivals. By the end of this year, I think we would have surpassed that expectation and achieve somewhere in the range of 6% to 7% increase in arrivals. That’s assuming nothing drastic – such as a hurricane or weather trough– happens. These things can have a derailing effect. But if nothing happens, I think we are on course for a very successful year this year,” Lewis told The VOICE.

The Director of Tourism said the SLTB has been working very closely with the Saint Lucia Air and Sea Ports Authority and recently conducted a road show with all the major cruise lines visiting Saint Lucia. As at the end of September this year, the cruise sector recorded an increase of 5% which represents an additional 20,123 passengers visiting Saint Lucia for this year. That increase is expected to go up by another percentage point by year-end, he said.

Meanwhile, the market segment that remains a peculiar challenge for Saint Lucia is the Caribbean which has declined by about 11% when compared to the period up to the end of September this year with the same period last year. Lewis said a reduction of 5,128 passengers from the region was recorded. He cited high airfare costs and infrequency in airlift capacity as reasons for the under-performance in that market segment.

Despite the mixed blessings in the island’s overall performance, Lewis said the SLTB will continue to invest its resources to increase the island’s appeal as a destination of choice. The Tourist Board, he added, is about to unveil a new strategy for promoting the small properties within the region and also international markets, all aimed at increasing visitations to smaller properties to improve their occupancy. This is all in an effort to ensure that there is a more balanced industry where everyone benefits from the initiatives being employed.

Recent pluses for the island’s tourism product include the new weekly direct flight by JetBlue between Saint Lucia and Boston. Saint Lucia also has other arrangements with other airlines that service the island from the U.S. – largest market – out of New York, Charlotte, Atlanta, Philadelphia and Miami.

The new JetBlue flight will be available through April next year with hopes of continuing the service schedule beyond that period. Saint Lucia also won the coveted title of “Leading Honeymoon Destination” recently, its eleventh such award in the past 21 years. Also, internationally-acclaimed chef, Nina Compton-Miller, hosted a culinary showcase in Ottawa over the weekend as part of the SLTB’s efforts to ramp up its winter campaign.

Lewis said the SLTB is currently looking forward to welcome another Atlantic Rally for Cruisers (ARC) which sets sail for Saint Lucia later this month. He also indicated that plans for next year’s Saint Lucia Jazz & Arts Festival have begun with internal meetings being held. Louis said that while no artiste has been booked as yet, the aim is to have an official launch of the music festival in mid-December.

According to Lewis, next year is also expected to be a good one for the local tourism industry. Nevertheless, he said complacency must not set in. He said the requisite marketing needs to be a continuous exercise to ensure that the destination remains accessible, that demand is there and that it remains visible and attractive. All these factors must come together, he said, despite the global tourism industry becoming increasingly competitive and challenging.

“Given the good reputation we have should steer us positively for 2015,” Lewis said. “But, of course, we cannot take our eyes away from the fact that we have to deliver on the marketing message so that product development has to be consistent and our standards have to be of market excellence. That is the only assurance that we can have to remain competitive in the environment. Marketing is easy but to maintain the standards in terms of your product delivery is where the challenge lies. So we just have to ensure that all parties collaborate to ensure that we deliver on the product.”