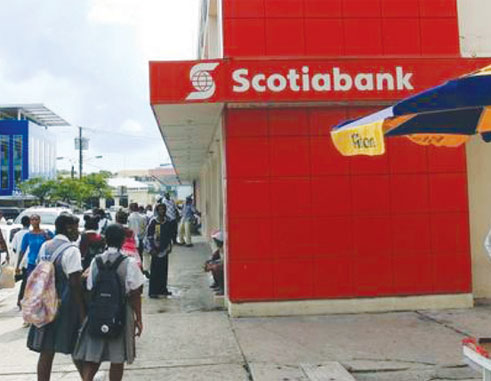 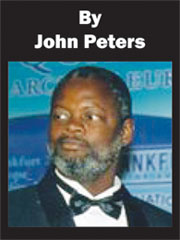 RECENTLY, Bank of Nova Scotia announced that they will be shutting down 120 branches largely in Mexico and the Caribbean in a bid to save CAN $ 120 million annually. In the Caribbean, the plan is to close 35 out of the 200 branches and sever 1,500 full time employees. This represents a shrinkage of about 17.5 %, a significant retreat from the Caribbean. It should be noted that this is not the first time, this has happened in St Lucia. There is an interesting quote in Sir George F. L. Charles’ book – The History of the Labour Movement in St Lucia 1945 – 1974 in which he says:

“ The banana industry was in the pinnacle of this momentum and the sunlight of hope was to be seen on the faces of large and small farmers, merchants, civil servants, teachers, fishermen, market vendors, speculators and workers…. The Royal Bank of Canada which closed its doors to St Lucia during the years of depressions returned eagerly seeking its portion of the spoils, then followed the Bank of Nova Scotia all anxious to serve a developing St. Lucia’’

Some 60 years later, history is repeating itself. The exodus has started with the same two banks.

In the recent release by the Chief Executive Officer of Scotiabank, he opined that the Caribbean countries are over-branched and that the bank has to size it to the economic realities of these economies. The prolonged economic recovery and the continued uncertain outlook were also cited as factors in the decision making process.

The role of the indigenous bank thus becomes of increasing importance in the economic development of our countries in the OECS. We must have strong local financial institutions and their lending practices, must be prudent. It is no secret that Bank of St Lucia has been bleeding profusely due to poor lending practices, a couple years ago they posted a loss of EC$ 122.0 million, which as far as I recall may have been the single largest loss ever of any Bank in the region. I can assure you that there will be more bad news this year for Bank of St Lucia.

I am predicting with the move of Royal Bank and then Scotia Bank, very soon First Caribbean will also announce their plans of ‘restructuring’ and we will see similar moves of closures and layoffs. It is amazing how the culture has not changed, Royal always makes the first move then Scotia and then others. All the British banks have left the Caribbean, with the move out of Barclays, the Canadian banks are now pulling up their anchor to sail.

Earlier this year Sir Dwight said : “In terms of the future, all the banks in the domestic jurisdiction have to get together to find a common cause, because the arithmetic is really not on our side …It is very important, very very important that we have domestic banks which can follow through with our own development projects and our own development policies. And we stand in grave danger of not having that if we continue in the current mode,”

I am a bit skeptical of creating one giant indigenous bank with a “ too big to fail’ model. Each OECS state must decide how they will fashion the merging of the domestic banks. We have very strong credit unions and the indigenous banks should work with the credit unions to create the needed synergies in the financial sector.

The principles of plantation economy are still most relevant to the banking sector in the OECS; these foreign owned bank will come to the region as Sir George Charles said “ eagerly seeking its portion of the spoils’’. They will retreat as Williams put it in his seminal work – Capitalism and Slavery, when it is not profitable. The thing that cannot move we thus have to support as a people, that being the indigenous banks.