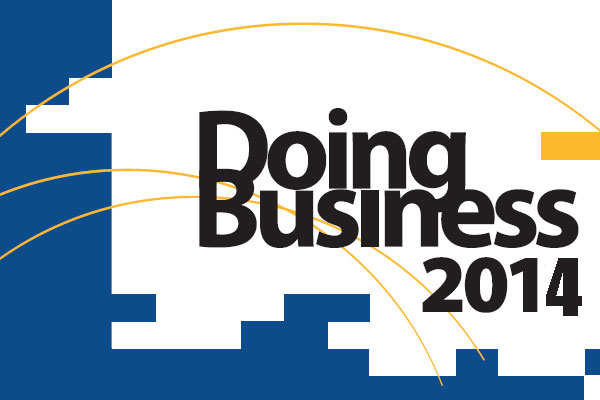 ONCE a leader in CARICOM in the ease with which it does business, Saint Lucia has now slipped to fifth place giving way to Jamaica, according to the World Bank’s Doing Business 2015 Report on 189 economies.

Saint Lucia’s world-wide ranking is 100 down from 95 while Jamaica is 58 having moved up from 85. The situation is serious when about five years ago St. Lucia was ranked at 45.

The story is not heartening within the OECS sub-region where Saint Lucia placed third after Antigua and Barbuda which is ranked 89 with Dominica at 97.

The report on Saint Lucia comes amid comments from Prime Minister Dr. Kenny Anthony that productivity levels fell in the last two years.

The Prime Minister at the time highlighted parts of a report compiled by the National Competitiveness and Productivity Council, that report suggested that productivity fell by six percent in 2012 and three percent last year.

Adding to the economic woes of the country is the International Monetary Fund’s contention that the Saint Lucia economy showed negative growth of -1.1 percent for this year with an expected growth of 1.7 percent for next year.

Globally, Saint Lucia stands at 72 in the ranking of 189 economies on the ease of starting a business compared to Jamaica ranked at 20 and Dominica at 63.

On the topic of resolving insolvency Saint Lucia is ranked at 100, on enforcing contracts 145, trading across borders 122, paying taxes 69, protecting minority investors 141, getting credits 151, registering property 132, getting electricity 23 and dealing with construction permits 39.