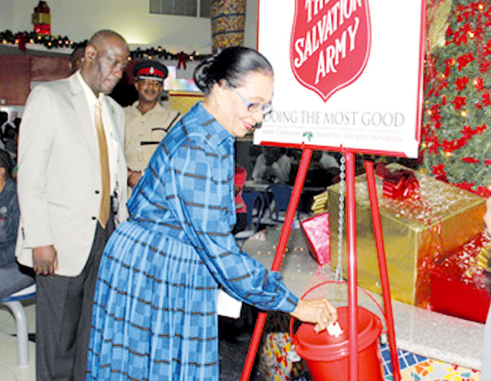 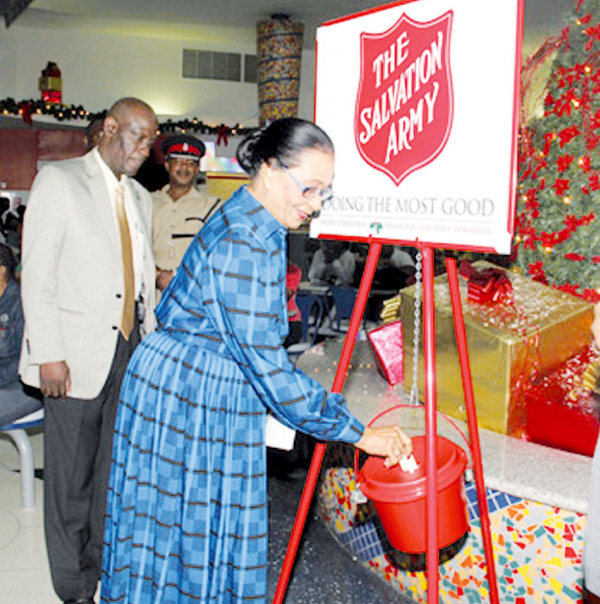 THE Salvation Army has launched its 2014 Kettle Drive.

Each year the kettles are situated in populated locations throughout St. Lucia, and are characterised by the merry ringing of a bell to call attention to passers-by. Public donations and funds are collected in support of the Salvation Army’s efforts during the Christmas season.

The kettle bell tradition dates back to 1891 and is entirely dependent on the generosity of the public to provide financial assistance, counseling, food, clothing, toys, and shelter for less fortunate persons year round.

This Christmas season the Salvation Army is expected to make an impact on the lives of over 200 persons through the provision for food and food-hampers.

Captain Dwayne Broome, of the Salvation Army expressed the goals of the organisation for the season stating, “Our target this year is to deliver over 550 food-hampers to the less fortunate throughout St. Lucia and the Ministry of Social Transformation is on board to assist in our efforts of reaching persons in the most vulnerable communities.”

CIBC FirstCaribbean, no stranger to providing support to the Salvation Army through its Adopt-a-Cause Programme, has stepped up as a corporate supporter of this year’s kettle drive.

For information on how you can support or volunteer with the Salvation Army please contact Captain Dwayne Broome at 452-3108, sacastries@yahoo.com or at our office on 12-14 High Street Castries.