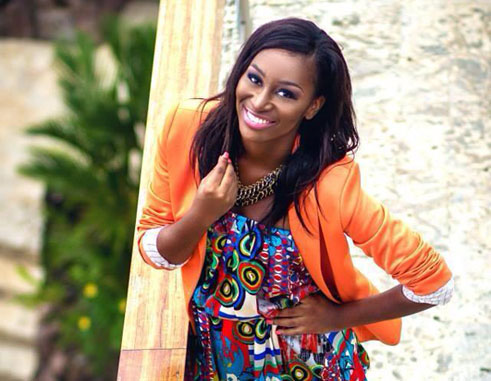 MISS Earth St Lucia, Francillia Austin has left the island to compete at the Miss Earth Final in the Philippines.

Ms. Austin won the title of Miss Earth St Lucia 2014 on August 29 where she competed against five other beauties under the environmental platform, the preservation of Biodiversity. She has stated that she intends to use her popularity as a beauty queen to address the critical issues afflicting the island, not just the preservation of Biodiversity.

Miss Earth began her role as an effective advocate for environmental awareness with a school tour where she spoke to students of varying grades about sustaining biodiversity and the ripple effects of pollution.

“Often times we aren’t aware how much we contribute to degrading our country’s fragile ecosystems.” Ms. Austin stated “Littering, for example, has become so easy to us that instead of thinking of the negative impact, we throw it out of the window and not in a bin, but, what if we cut into a fish one day and saw that same bottle or wrapper we threw out, it becomes inedible and we are left without.”

The Miss Earth St Lucia committee has stated that although some other initiatives were not able to take place due to scheduling conflicts and a lack of overall corporate and governmental support, they do intend to continue working tirelessly to resume these activities upon her return.

Mrs. Cathy Sammy, former Miss Earth St Lucia, added that she hopes the contestant’s progress in the Philippines and her reign as Miss Earth St Lucia will inspire more persons and businesses alike to take action and play a role in protecting the environment.