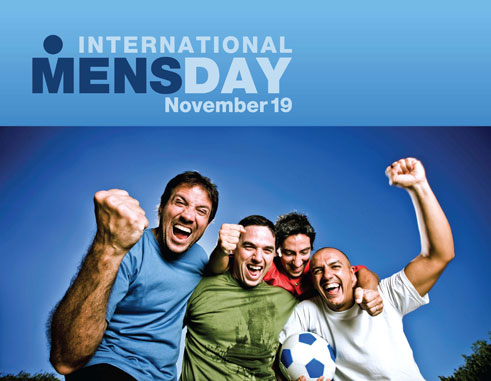 SAINT Lucia will for the third consecutive year join the rest of the world to observe International Men’s Day next Wednesday.

The observance, which originated in Trinidad and Tobago began in 1999, and has received support from men’s groups around the world. The aim is to make life better, not just for grown men but for young males alike. This year’s theme is “Keeping Men and Boys Safe.”

Men make sacrifices and lead every day, in their various roles as fathers, husbands and community and nation builders. Still they are typically seen as the problem and little effort has been made to include them in the discussion on gender equality and equity.

The objectives of International Men’s Day include a focus on men’s and boy’s health, improving gender relations, promoting gender equality and positive male role models. It is an occasion for men to highlight discrimination against them and to celebrate their achievements and contributions, in particular their contributions to community, family, marriage and child care.

The Division of Gender Relations in collaboration with the International Men’s Day Planning Committee has organized a number of events to mark this year’s observance beginning with an Ecumenical Service from 9:00 a.m. at the Minor Basilica of the Immaculate Conception on Monday, culminating with a “Father and Son Cricket Competition” on Friday.

The highlight of this year’s observance is a ‘Celebration of Men’ with the theme “Appreciating Men’s Leadership and Sacrifice for Family and Country”, which will take place on International Men’s Day Wednesday at the Wellness Centre Auditorium, New Millennium Highway from 9:00 a.m. – 12:30 p.m. Men of all ages are invited to attend this event. Transportation will be provided and persons wishing to attend should contact the Division of Gender Relations to confirm participation.

International Men’s Day also coincides with a number of other United Nations designated days during the month of November. The Planning Committee, which is made up of representatives of the Division of Human Services, the Department of Probation and Parole, the Family Court, the St Lucia Crisis Centre and the Early Childhood Development Unit is partnering with a number of other individuals to organize additional events to mark the following observances: International Day against Child Abuse November 19, Universal Children’s Day November 20 and International Day Against Gender-based Violence November 25.