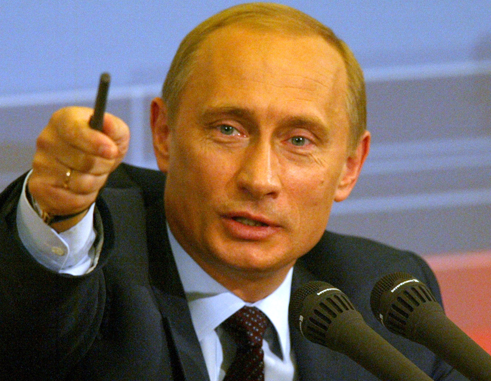 THE opposition Lucian Peoples Movement (LPM) said yesterday that the announcement last week that Russian aircraft will begin patrolling over the Gulf of Mexico and the Caribbean in a show of military might is bound to be seen by the United States (US) and its Western allies as a direct act of provocation, which is “greatly disconcerting to those of us who desire peace and tranquility in the region”.

The party said in a statement: “Moreover, the very thought that our government’s careless actions at the United Nations (UN) last spring may have served to embolden Vladimir Putin’s grand ambition for military expansion and consequently lit a match for the resumption of Cold War activities throughout the world, and the Caribbean region in particular, says a great deal about how desperate the region has become for Russian aid and investment, even if these are tainted with evil intentions.

“Therefore, in light of the latest development, which seeks to destabilise the world and the region, the Lucian People’s Movement (LPM) calls upon Dr. Kenny Anthony and his government to offer an apology to the Saint Lucian people for conducting a misguided foreign policy, which has grossly miscalculated the conflict between Russia and Ukraine”.

According to the LPM, had the Labour government taken the time to carefully consider the question put before St Lucia at the UN, it would have opted to vote alongside the US to condemn Russian aggression towards its neighbours and affirm the territorial integrity of Ukraine after the annexation of Crimea.

It added: “The vote, which was introduced in the UN by the aggrieved government of Ukraine and backed by the US and most of its Western allies, was dismissed as insignificant by Saint Lucia’s Foreign Minister Alva Baptiste, who sought to belittle the LPM for taking the government of Saint Lucia to task over its decision to accede to Russian pressure to abstain from voting in exchange for foreign aid and investment”.

Back then, the LPM leader, Therold Prudent, had argued that, while Saint Lucia in its capacity as a sovereign state was not required to vote with the US on every issue, there was absolutely no reason in this instance to buck its traditional ally (the US) in favour of Russian mischief and the country’s apparent desire for mass territorial expansion.

In offering a further rationale for why the Saint Lucian government should have voted alongside the US on the issue of Crimea, Prudent pointed out that the US was the only nation on the face of the earth to have such a large concentration of expatriate Saint Lucians, all of whom migrated there in search of educational and economic opportunities.

Therefore, the adoption of a diplomatic posture that tacitly dismissed the significance of the American relationship and the invaluable contribution it makes in supporting our local economy required the St Lucia government to explain why it is suddenly wary of its association with America on the world stage, Prudent maintained.

Prudent added that, while it was true that the end of the Cold War had significantly reduced US aid to the island, it was imperative for St Lucia to make a strategic diplomatic adjustment to better accommodate the island’s continued development.

Said Prudent, “One fact remains: The world is still a very dangerous place for small nations that are desirous of exploring new relationships with governments that do not conform to the rules of international law”.