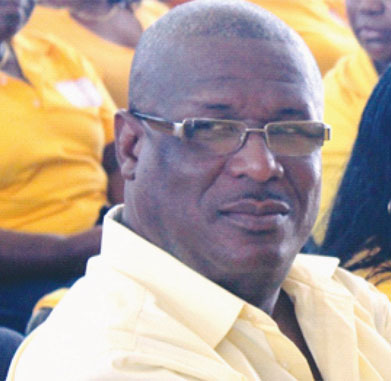 Speaking to the media while votes were being cast last Sunday, King said he did not agree with many of the statements made by some of the speakers who addressed the delegates at the opening session of the convention.He added that much of what was said during that session was not appropriate for a convention setting but should have instead been dealt with as housekeeping matters.

While he would not identify the speeches and speakers to which and of whom he was referring, King said he had issues with at least two speeches. However, he did single out the party’s response to Castries Central Constituency Branch chairman, Mark Louis’s recent filing of a motion against the party as one that is “an indication of the state of the party”.

King said that while many party members, including the executive, are publicly stating the party’s readiness to contest the next general elections, careful attention should be made to avoid complacency. The work of getting prepared, King said, is still a work in progress.

Nevertheless, King said the party does stand a chance of winning at the polls next time around. Seemingly reflecting on the UWP’s loss of momentum about a week before the last general elections, King said rallying the party’s base and leaving no stone unturned in the process are key factors to a victory.

“I’ve always been concerned when it’s so obvious that a party is within reach of victory but at the same time may be distance away from the reality of the situation. What it calls for, really, is for a concerted effort to get the machinery going and to do what is right,” King said.