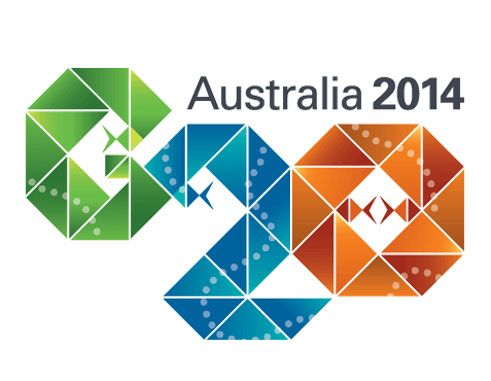 EBOLA will find no place on the agenda of the G20 countries when their leaders meet in Australia on 15 and 16 November, and while climate change will be discussed reluctantly, it will be treated as an issue under ‘energy efficiency’.

The G20 host leader, Prime Minister Tony Abbot of Australia, accepts that Ebola “is a public health emergency”, but does not regard it as “an economic emergency”. Leaders of developing countries, particularly those hardest hit in West Africa, would disagree. The economies of Liberia, Guinea and Sierra Leone have been pounded not only by the infection and death rate of Ebola but also by the fear of the disease that has gripped foreign companies and investors. Each of their economies has been gravely affected.

In the Caribbean, many governments are so afraid of what any incidence of Ebola on their shores could have on the fragile but vital tourist industry that they have closed their borders to persons travelling from West Africa. They have also squeezed-out money from scarce resources to invest in equipment, training and facilities to manage as best they can should the disease defy their arrangements to keep it out.

In many industrialized countries, leading members of the G20 among them, expensive machinery has been established to detect and isolate any travellers with Ebola.

Therefore, while Ebola is a health problem, having so far infected 13,042 people and killed 4,188 it is also an economic issue, and it could worsen if the disease is not contained and eradicated. The G20 Summit, therefore, would have been an ideal opportunity for leaders, whose countries account for 85 per cent of global gross domestic product and over 75 per cent of global trade, to discuss the problem meaningfully and to authorise resources for a significant global response.

Notwithstanding the alarm sounded by UN Secretary-General Ban Ki-Moon that climate change is “simply the greatest collective challenge we face as a human family”, the Summit Chair government has only reluctantly agreed for the subject to be discussed but no new commitments will be made to act on emissions.

Yet, for many countries, especially small island states, climate change threatens not only their economies, but their very existence from rising sea levels. Larger countries have greater resources, more economic diversity and greater capacity to adapt to the effects of climate change; small states do not.

And, while one sympathises with Prime Minister Abbott’s view that it is “important to ensure that these international meetings don’t cover all subjects and illuminate none”, the G20 agenda does not include items that address the prospects of small developing countries. Indeed, to the extent that discussion will occur on issues affecting small countries, including many in the Caribbean, such issues will make more demands of them at costs they cannot afford.

For example, the summit is expected to consider the “resilience of the global financial system”, and to authorize implementation of new measures intended to limit cross-border tax avoidance. New requirements from this plan will place even more burdens on already strained small economies to comply. The imposed nature of these plans give small states no opportunity to organise themselves, or indeed, to negotiate the rules. One example of this is the USA Foreign Account Tax Compliance Act (FATCA) that requires all countries to provide information on citizens banking offshore. Countries failing to provide such information face a withholding tax of 30 per cent on US source dividend and interest payments whether or not these relate to US citizens. Small states lacked a forum to negotiate these stipulations, and facing losses to income, had no choice but to comply.

But, as Ryan Pinder, the Bahamas Minister of Financial Services, observed recently: “The high costs associated with compliance threatens to undermine the financial services industry within many (Caribbean Community) member states”.

Additionally, the G20 requirement for Automatic Exchange of Information for tax purposes have very high costs including upgrading or implementing new accounting systems; training personnel; moving to electronic filing systems; and going through costly and lengthy procedures for changing legislation. A recent Commonwealth Secretariat study observed that “many developed countries have already estimated that these costs will be substantial; and for developing small states these costs are expected to be disproportionately large”. The study points out that in 2012, the British Virgin Islands received 128 requests for information exchange despite having made calls for none.

Nowhere on the G20 agenda are the crippling debt burden of small developing states; the provision of resources that would help them to combat drug trafficking and guns that are heavy contributors to violent crime; or means of helping them to construct necessary infrastructure that would better position them to participate beneficially in international trade in goods and services.

Small developing countries remain excluded from direct representation in the councils of the G20. Apart from the efforts of the Commonwealth Secretariat to feed papers into the technical working groups, little account is taken of the economic circumstances of small states. The only relevance to them of the G20 is the new rules, new restrictions and new regulations that cost them money.

One issue that will come up at the Summit that will have some benefit to small countries, if it succeeds, is the cost of remittances sent from their diaspora in developed counties. India – a member of the G20 – wants the cost, now 10%, to be reduced by half. India has the world’s largest emigrant stock of 14 million people, and the highest level of remittances at US$71 billion last year. But were the interest of a G20 member not at stake, the issue of importance to small states would receive no attention.

In a recent analysis of the G20 in a period of what he aptly describes as “The Great Uncertainity” facing the world, Tony Payne, Professor of Politics at the University of Sheffield, argues that the organization needs “urgent institutional reform” if it is to do “the critically important steering job” that is “necessary in the context of global interconnectedness”.

It is unlikely that reform will happen without another crisis such as caused the formation of the G20 in the first place. Therefore, small states in the Caribbean and elsewhere should be making their case strongly to be heard, or they will remain targets of, and not participants in, the G20’s decision-making. There is precedent for seeking a voice. At the Australia Summit, the Chair of ASEAN; the chair of the African Union and a representative of the New Partnership for Africa’s Development are invitees – why not the Caribbean?