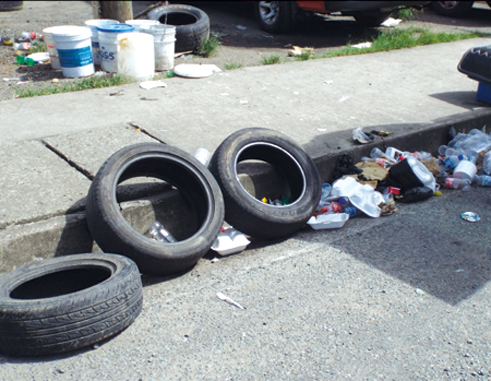 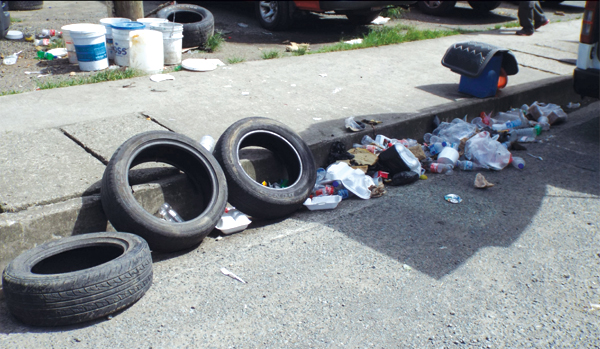 AS St. Lucia continues to thrive on the tourism sector, there is still growing evidence of local unsanitary activities threatening the industry.

The VOICE received numerous reports about garbage being dumped indiscriminately near the Gros Islet bus stand and the reports were very real.

Although the site has since been cleaned up it was evident that the problem has been ongoing for well over one month.

PRO of the Gros Islet Minibus Owners Association Thomas St. Louis said the drivers have been complaining to authorities and the Castries City Council about this situation for some time and nothing has been done to remedy it.

St. Louis said, although he believes that the rain played a part in spreading the garbage, the rest is to be blamed on residents of the neighbouring CDC buildings and perhaps someone with malicious intent out to prove a point.

He said he knows that many might believe that the problem is being caused by minibus drivers but that is not the case.

St Louis said: “Bus drivers have garbage bags that they use and the association has made it clear that any bus driver found littering will be fined.”

The task of keeping the place clean, he said, rests with the Castries City Council. As for the tyres seen spread around near the sidewalk, St. Louis said; “Since we operate there, the association has put regulations in place whereby drivers cannot leave the bus stand and then come back straight away. So you will find that if you have a flat, you will leave the faulty tyre there and then after work you will go and repair it.” He added: “I believe however, that someone maliciously spread them there in that way but it’s not the doing of the drivers”.

St. Louis said the practice is not condoned by the drivers especially as this is part of the capital where drivers, children and the general public frequent.