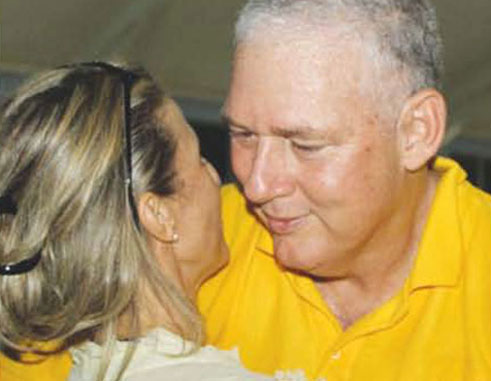 AS we pass the halfway mark towards the next general election, and as aspiring political forces align and realign themselves in search of a formula for victory, it is always useful for us, as ordinary voters and spectators of the coming struggle for power, to take some time to begin to assess those who are beginning to present themselves to us, seeking our votes.

We can almost take it for granted that the face of the St Lucia Labour Party will look more or less the same, with a few changes and additions to the slate if the electoral boundaries are realigned in time. But what is, no doubt, presently fascinating the voting public is the domestic contention for power playing itself out within the United Workers Party, in what is really a continuing struggle to find a stable leader after Sir John Compton.

We have just witnessed the latest phase in this struggle for leadership of the UWP with the contest between trade economist Dr Claudius Preville, emerging virtually literally from nowhere, and the other, Allen Chastanet, who also claims to be an economist but with no known track record. Allen Chastanet, with incomparably more social and economic assets for the fight has, it would appear, been able to persuade the majority of those present at their Convention that he is the one who can defeat the St Lucia Labour Party.

While Preville presented himself as a high-flying economist able to pull St Lucia out of the economic trough in which we presently find ourselves, although it is not known if anyone or any government has ever taken his advice seriously, Allen Chastanet, scion of a family of business and wealth, has also advanced his case as one with extensive public service and private sector experience; and implicitly also, one who, with his personal background, can more easily attract the private sector investment that our country so sorely needs today.

Against the backgrounds of these two personalities, and the organized command by the Chastanet forces of the UWP’s political machinery, newcomer Preville hardly seemed to stand a chance. Some observers perceived in him a reluctance to really take the fight to his opponent, using his own self-acknowledged acute brain power, and particularly by carefully scrutinising for the party membership, and by extension the general St Lucian public, the extent of experience of public service managerial and decision-making ability that Chastanet claimed to possess, superior to his opponent.

So it is not surprising that the much-vaunted contest appeared to some observers as a false and contrived battle, some of them even claiming that Preville did not really expect to win, but by contesting would be putting himself in a position to parachute into a UWP government which, many supporters believe, is already on the cards.

Those who listened to Preville claim to have had the feeling that the contest was a false one, played out to persuade the general public of the UWP’s democratic credentials after so many years of Comptonite autocracy and domination, characteristics no longer attractive to the younger generation of St Lucian citizens.

Listening, after the election, to some of the assembled party forces supporting Preville, one got the sense of their being let-down by Preville; and a sense too, that he had marched them up to the top of the hill and described Chastanet’s lack of capability for the job, only to march them down again, while he pledged allegiance to the re-elected leader.

In the corridors, one could hear some of the more acute and experienced party members asking why Preville had chosen to blow up a big balloon, only to prick and deflate it, and at the same time deflate their expectations and their optimism for new horizons for the UWP, cleansed of Compton’s way of doing things, and successor King’s lethargic approach to the job.

Interestingly enough, one could also hear in the corridors questions about why Preville did not directly challenge Chastanet’s record in public service, and therefore his ability to do the job, and in particular to find for St Lucians a direction out of the present economic trough. Did Preville, they kept asking, not have the much more appropriate skills for the job?

One party stalwart, in particular, asked whether Preville remembered, and if he he did, why did he not recall, for the Convention, the severe critique, made in the Court of Appeal of St Lucia not too long ago, of Tourism Minister Chastanet’s conduct in the now infamous Tuxedo Villas affair.

The now irate party member asked the supporters of Preville if he was not aware of the Court of Appeal’s judgment in the matter because, certainly in the rough and tumble of the campaign, none of them could claim to have heard of it from his mouth. The irate party member was of course right, for the record in this matter is clear.

For the records show that, in speaking of particular matters involved in the case, the Learned Judge made the observation that “they do not point a favourable picture of how Mr Chastanet conducted his business as a minister”. He went on to ask: “Can it be said that the second (Tuxedo Villas) Cabinet Decision was tainted with irrationality?. And then he answered his own question by observing that “I find that there is ample ground for making such a finding for the following reasons”, among which, he pointed was “The failure of the Tourism Minister to investigate the renewed application by Dr Mondesir with anyone apart from Dr Mondesir himself”.

Then the Learned Judge remarked, in reviewing the earlier judgment on the matter that, “the previous judge in giving his judgment in the face of the fact that “Mr Chastanet deposed in his affidavit that he was not at the (Cabinet) meeting because he was scheduled to travel out of the state on that date. Chastanet had said that he was “one thousand percent” sure that he was off the island. “Yet the minutes show on page 1 that he was present at the meeting, and on page 2 that three ministers are listed as being absent…but Mr Chastanet is not in the list of absent ministers”.

And finally, in a matter ostensibly brought to Cabinet by Minister Chastanet, the Learned Judge observed that the decision relating to Tuxedo Villas was “outrageous in its defiance of logic and accepted moral standards”, and he concluded that “I find the allegation of bad faith is proved and that is an additional ground to quash the Second Cabinet Decision”.

If Preville had brought these conclusions to the Convention, would he have stood a better chance against Chastanet? We, and Preville, may never know. For at times, a man holds his hand for reasons best known, and kept, to himself. But certainly a mind of his brilliance should at least have done some homework before challenging individuals from the highest levels of society, with all their power and might.

One is led to suspect that, against the background of a direct challenge mounted by Preville, that the UWP authorities would have felt constrained to suspend the Convention on that fateful Sunday.

And more importantly, in that eventuality it would have given St Lucians a peep into some of the realities of life in our country, where so little scrutiny is done of those who claim to deserve the political crown on the grounds that they know best and they have the most.